“You can’t win without me behind you.”

Those are the words Mae Braddock says to her husband, James J. Braddock, about 3/4 of the way through the movie, “Cinderella Man.”

I’m not much of a boxing fan, but Cinderella Man is one of my favorite movies.

The truth of what Mae says to Jim in that scene is the reason why.

I don’t know if the real Mae Braddock really said those words to the real James J. Braddock.

I don’t need to know.

All I need to know is that God has created me, as a man, in such a way that I need to have that kind of support from my wife.

And she truly needs to give it.

Yes, I really believe that husbands and wives need each other. 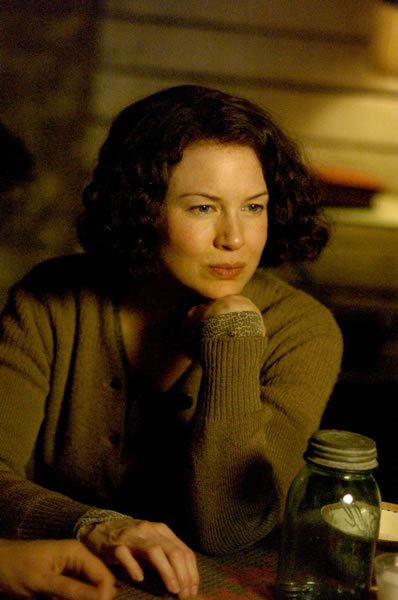 But it’s the true thing to say.

I know that it’s true because I cry multiple times, every single time I watch that movie. I cry because there is something raw and real, something deeply significant about the way the marriage of Jim and Mae is portrayed. It takes root in my soul, it makes me want to be that kind of man, who is loved by that kind of woman.

I know it’s true because when my wife asks me why I’m crying, and I tell her, she smiles and hugs me tight. She knows what I’m feeling and why I’m feeling it. She knows because she feels it too. Just like me, she can recognize the beauty of a husband wife relationship that is operating according to God’s design.

Cinderella Man is powerful to me because when I watch it, I’m overwhelmed by the beauty of what God has created. He designed male and female in such a way that they complement each other, that they are able to exist as one instead of two.

As an old friend of mine wrote in a song years ago,

It’s a paradox incarnate, when two are one, and one is more than two could ever be before.

A pair of hearts entangled into one thread that binds them to their Lord.

It’s in those moments when my wife holds me tight and smiles in recognition of my need that I can’t believe it’s real. I can’t fathom that I get to be a part of something so amazing, so God-like. Yet, I do.

That’s the nature of grace, and God’s got lots of it to go around.

It sounds odd in our fiercely independent society, but I’m glad to be so dependent.

As I’ve told her many times, when she is FOR me, I can take on the world… at least that’s how she makes me feel.

He had a woman in his corner. God’s perfect woman for him.

THAT is a beautiful thing.